hi! i'm lisa, the fat yogini
and I'm here to show you that yoga is for every body. 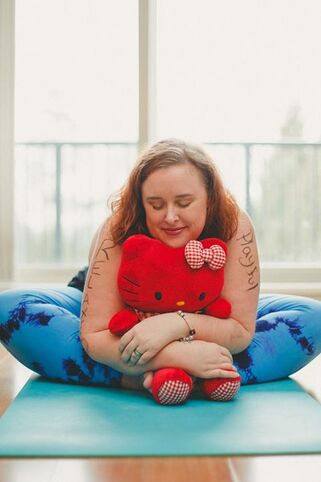 I was that girl.

I was the girl who preferred books to people - because books were nicer.

I was the girl from the dysfunctional family who felt out of place and alone.

I was the girl who was bullied. The one who told the teachers that the bully was "just teasing" and laughed it off because to tell was to be bullied even worse.

I was the girl that was afraid. Afraid to be seen. Afraid to stand out.

I was the girl who was afraid to say no.

I was the girl who felt unworthy. Who felt like she would never belong.

I was the girl who became a woman who gave and gave, and got hurt over and over.

I was the woman who put up with poor treatment from friends and partners and lovers because it was "the best I could do".

I was the woman who thought any love was better than no love, even if it came at a price. I was the woman who dreamed of white picket fences and pretty white dresses and fairytale happy endings but who believed it would never actually be possible.

After I discovered my body may not be the enemy, I discovered a world that included concepts like Health At Every Size (HAES) and Body Positivity. This idea that I could accept my physical body as okay exactly as it is, and focus on health and mindfulness and joyful movement was new and fascinating and, quite frankly, a breath of fresh air.

Sometimes, you don't know you're holding your breath, until you finally exhale.  Discovering body acceptance, self acceptance, and self-love was like that for me. It was an exhale after decades of holding my breath. The truth is that, all those years, I'd been waiting for someone else to give me permission to love myself, to believe in myself... ...when, all along, the only person whose permission I ever needed was my own.

Join me on the journey... to your Self. 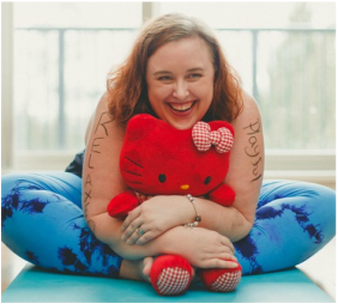